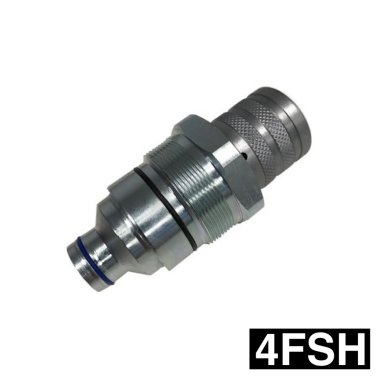 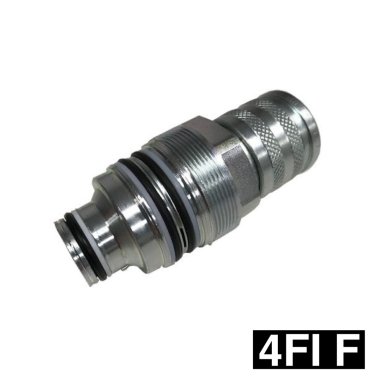 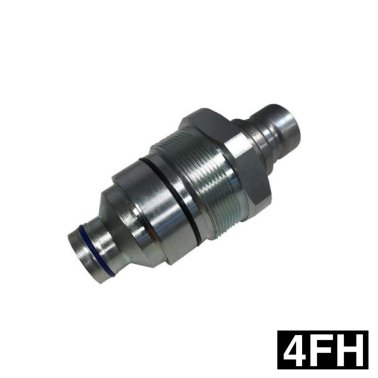 Your Price: $221.32 / each ea
Listed Price: $221.32 / each ea
Standard replacement couplings for Faster® 4BD[4FH] Skid Steer Manifold.
The 4BD[4FH] series parts are used on Bobcat Skid Steers and many other brands like CAT, CNH, Gehl etc.
Please contact customer service for pricing on the complete manifold.
Replacement Instructions included with item
Product Evolution:
The first product series was called 4BD (4BD4FI; 4BD4FSI) and was launched more than 10 years ago, it was only available in ½” size couplers for 250 bar working pressure, Cr-3 plating.
This product series was replaced a couple of years ago but we are still offering the spare parts.
We then upgraded the series in 2012-2013 by increasing the pressure rating from 250 to 350 bar, offering the possibility of mounting in the same casting block the ½” and 3/4” sizes and having the zinc nickel as standard plating to enhance the resistance to salt splay. The series is called 4BD4FH.

So one block only to accommodate either the ½” and the ¾” size but not interchangeable with the replacement couplers of prior 4BD series.
http://www.fastercouplings.com/product-detail/4bd4fh-97
As such it is important to understand if the couplers replacements are needed for the older 4BD or the newer 4BD4FH.
Product Identification:
Mating ends of the newer couplers are compatible with older style couplers, allowing old and new couplers to connect with each other. However, an FFI coupler will not function in an FFH block and vice versa. The best way to identify which version block/coupler is installed is by looking for the manufacturers stamp (refer to image file on right hand column): previous blocks and couplers have an FFI or FI, newer have an FFH or FH. The stamp is visible on the outside sleeve of male couplers. The stamp is also on the side of the block.
FFI/FI - Old Series
FFH/FH - New Series
Specifications
Identif..ple.png (198.49 KB)